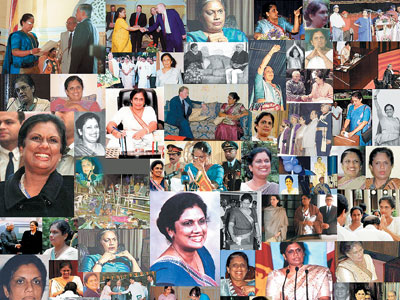 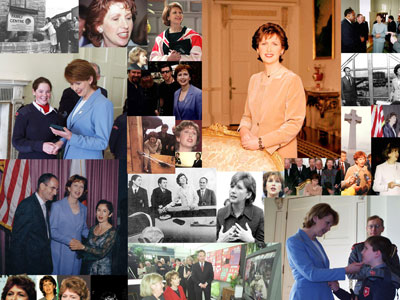 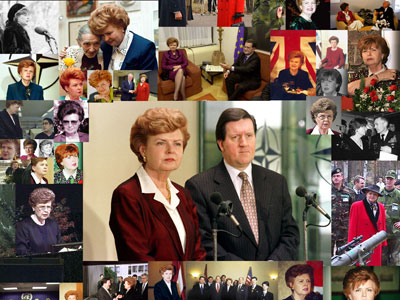 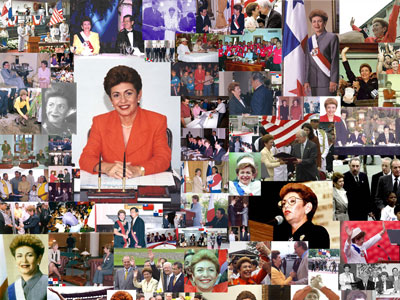 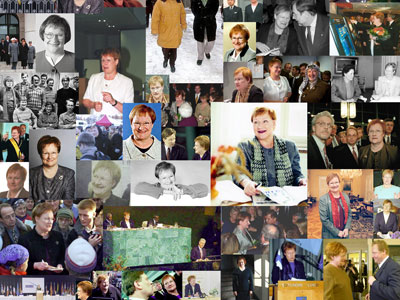 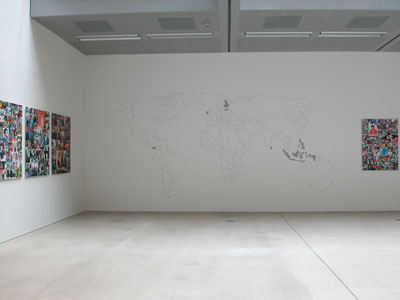 The work presents six current women presidents from Sri Lanka, Ireland, Latvia, Panama, Finland and the Philippines. A collage compiled out of images found from the Internet represents each president. The colourful collages are contrasted with a black-and-white wall drawing of the map of the world, in which countries with a female head of state are marked in grey. The work was inspired by the election of Finland’s first woman president Tarja Halonen in March 2000. Peripheral, small countries with female presidents appear like pebbles in a vast ocean.