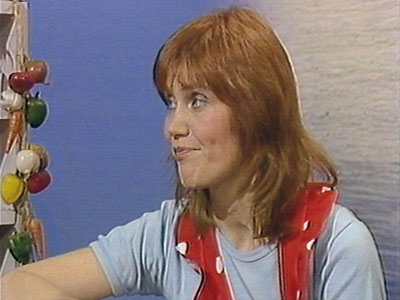 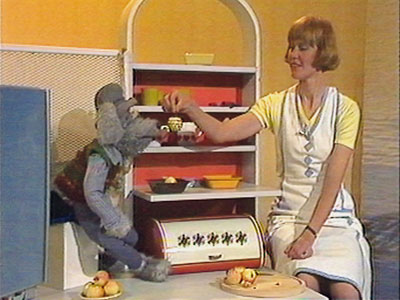 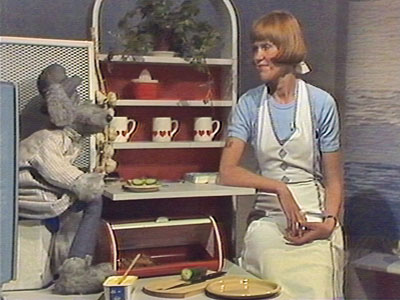 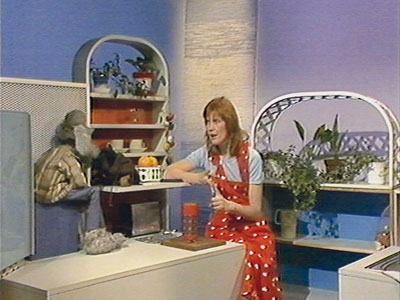 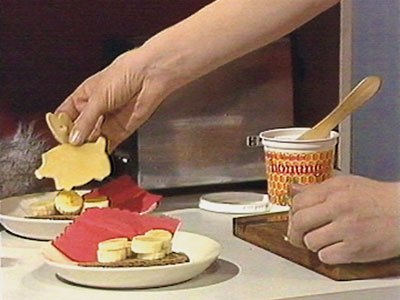 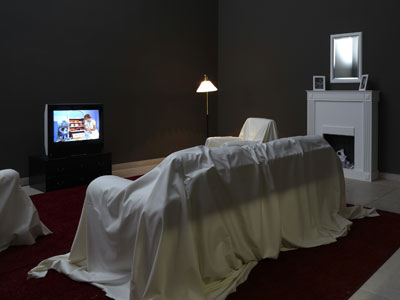 The video is set in a TV studio kitchen. A woman in an apron is speaking to a puppet dog. Small, healthy snacks are prepared. The weekly educational series from the 1980s broadcast on Finnish State Television was directed at an audience of pre-school children, and sought to familiarise them with a balanced diet. In the video, the public scenes are interrupted by an element of subjectivity: a commentary—the voice of Laura Horelli—searches for memories of her deceased mother by viewing these staged and artificial scenes from the Haukka-pala series. The public image is deconstructed by way of the personal. Horelli’s mother wrote the script and acted in the children’s cooking program Haukka-pala from 1984 to 1986. Her personality comes across in the series, where she played a double role as an expert nutritionist and a mother figure. The voice-over commentary speaks of loss and trauma from a ten-year-old’s perspective. Excerpts from the diaries of Horelli’s mother, written when she was in her mid-twenties, are also read out.

Produced for The Collectors, The Danish and Nordic Pavilion, 53rd Venice Biennale, Supported by FRAME Finnish Fund for Art Exchange