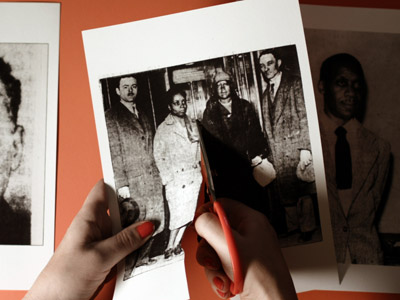 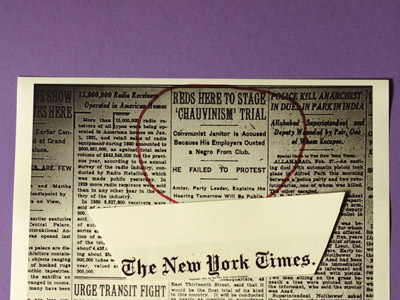 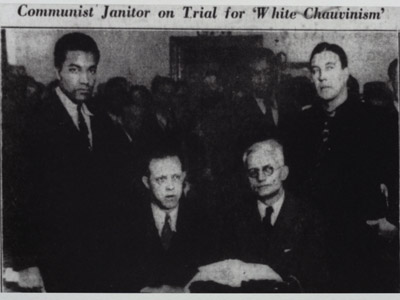 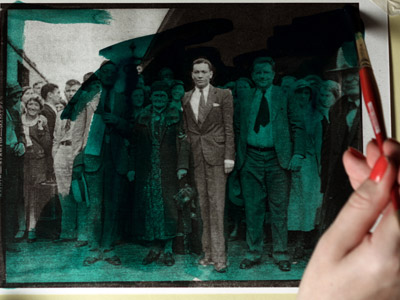 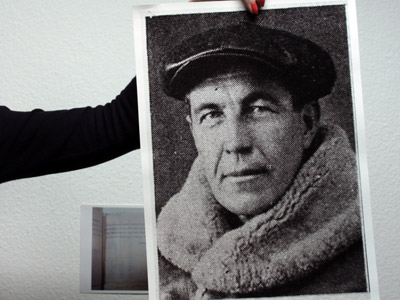 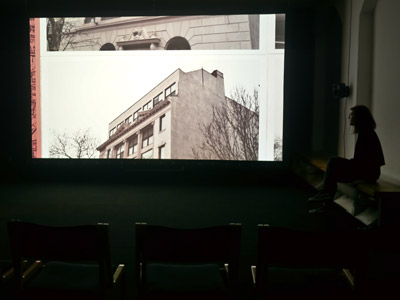 In 1931, the so-called Yokinen Trial, organized by the Communist Party of the USA in Harlem, New York, brought the Finnish immigrant August Jokinen to public attention. Jokinen, a janitor at the Finnish Worker’s Club, was accused of not defending three African-American communists who had been mistreated at one of the club’s dances. Following his admittance of guilt, Jokinen became an outspoken civil rights advocate until he was arrested for membership in the Communist Party and subsequently deported to Finland. Laura Horelli tells Jokinen’s migration tale as a mixture between historical research, detective story, and arts and crafts club. Arranging her archival findings – ranging from newspaper articles to books and historical photographs – on a physical desktop, she constructs a narrative by positioning, highlighting, cutting out, masking, and coloring. Her ‘analogue desktop-documentary’ follows August Jokinen’s public story all the way to the present, to a mailbox message on a Russian mobile phone.