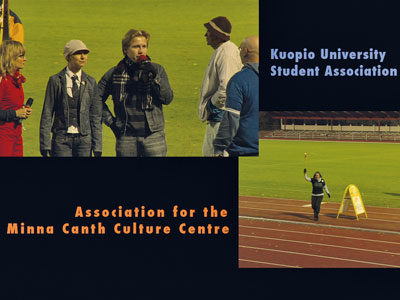 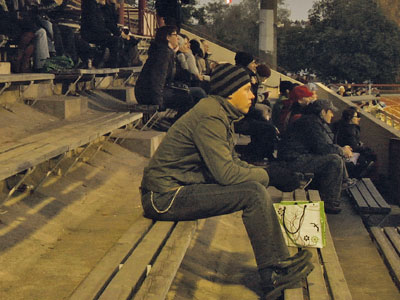 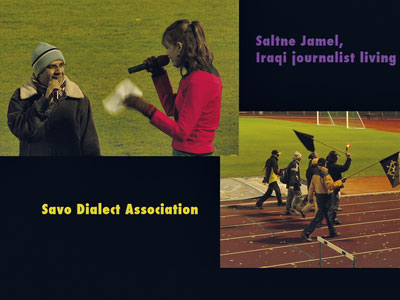 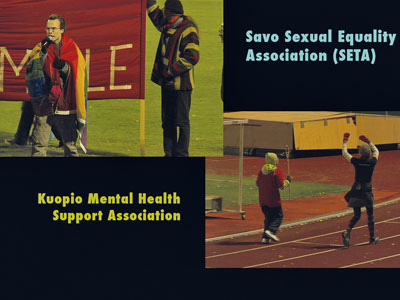 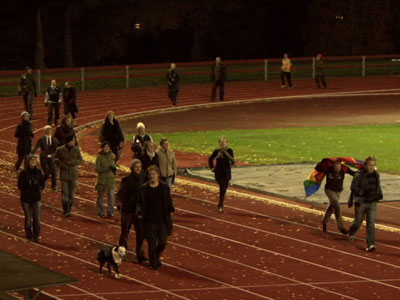 Väinölänniemi Honour Run was a 40-minute performance at the ANTI Festival in 2008 in a city in northeast Finland called Kuopio. For the performance Laura Horelli and Anu Pennanen invited eight local groups and / or individuals to raise public awareness of their cause in Kuopio by running a lap of honour at the Väinölänniemi sports stadium. The groups and individuals were chosen jointly by the artists. The groups were paired, and as one group runs, the other talks about that group’s cause. So, for example, while the university students group is running, the group for the preservation of the cultural centre for feminist writer Minna Canth speaks about the importance of free education. Together with Horelli and Pennanen, the event was presented by Atik Ismail, a local social worker and professional footballer, also known as a writer, Green Party and Left Alliance Party candidate. A song, assembled from statements given by the participants, was recorded before the performance together with Berlinbased musicians Catriona Shaw and Fred Bigot. Viesti (Relay) was produced from the performance’s documentation.

Produced for Anti Festival, Kuopio with support from VISEK, Helsinki