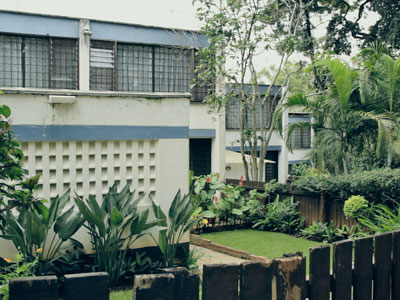 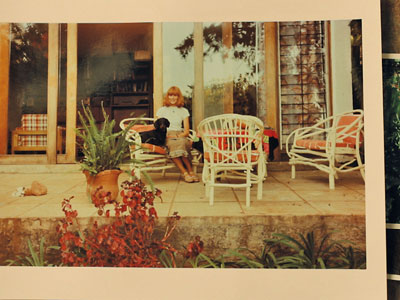 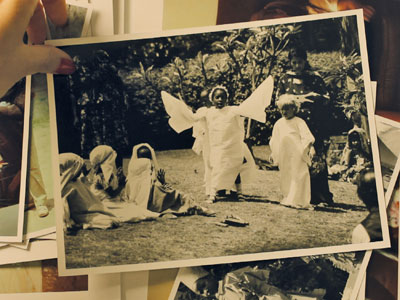 As a child Laura Horelli and her family lived for four years in a row house in Nairobi, Kenya, before moving back to Helsinki, Finland. The video revisits the family’s former home situated in a gated and guarded compound in the neighbourhood of Kilimani. The Selborne Apartments consist of four vaguely modernist row houses, designed by the architect Braz Menezes and constructed in the late 1970s by the Kenyan Indian owner Mehnga Singh Juttla, who also resided there. Shots of the buildings and grounds are interspersed with sequences in which the artist sifts through a series of photographic prints, taken by her mother in the late 1970s and early 1980s. Horelli reflects on the social and physical environment of the compound, concentrating on the terrace opening into the gardens and her memories of Esther, a Kenyan woman employed to help with domestic work, who lived with her own children in the back of the compound, hidden from view. The video focuses on the spatial dynamics of the compound, the private and public spaces navigated differently by children, “Nairobi Finns” and Kenyan workers. The narrative touches subtly on Horelli’s parents’ work in the UN and the women’s organization Maendeleo ya Wanawake as well as on the conditions in postcolonial Kenya during the dictatorship of President Daniel arap Moi.

The video is accompanied with the photo series Terrace of European Single Person in Kileleshwa.

Produced for Ars11, Museum of Contemporary Art KIASMA, Helsinki with support from AVEK – The Promotion Centre for Audiovisual Culture and Goethe Institute, Nairobi