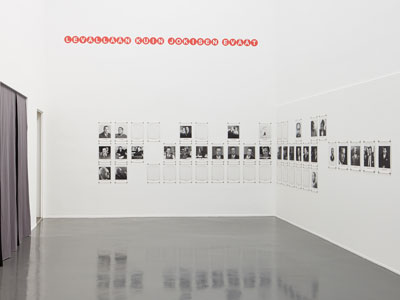 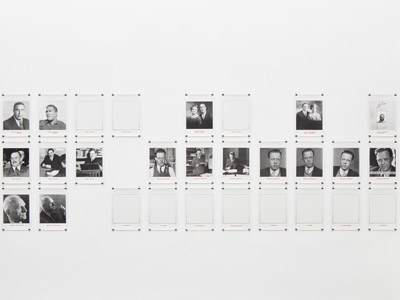 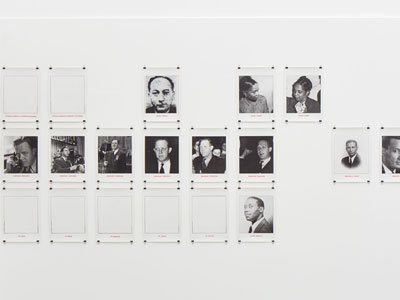 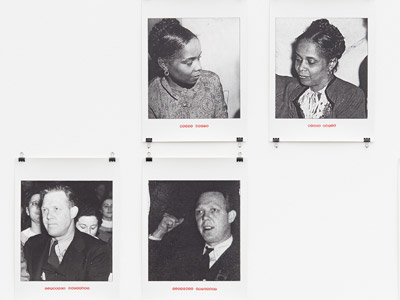 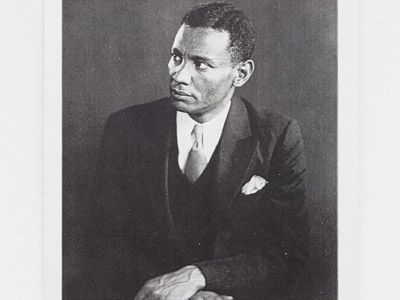 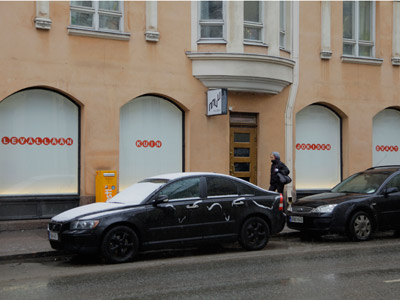 The Jokinen Trial is an earlier photoinstallation version of the migration tale of August Jokinen, a Finnish communist. The work concentrates particularly on the Yokinen Trial, a show trial against racism organised by the American Communist Party in Harlem, New York in 1931. The portraits displayed are of persons who participated in the trial. They show, for example, Jokinen’s defence attorney Richard B. Moore, his prosecutor Clarence Hathaway, the judge Alfred Wagenknecht and a jury of 14 workers. Some participants of the trial are represented by several images. Blank sheets stand for some of those involved, where it proved impossible to find images of them. The wall text “Levällään kuin Jokisen eväät” is a popular Finnish saying which, literally translated, means “All over the place like Jokinen’s packed lunch”. It is usually used in a negative sense where something is a mess or not working properly. It is unclear who the Jokinen in the saying is, and the artist humorously suggests that this might be another piece to the puzzle of August Jokinen.