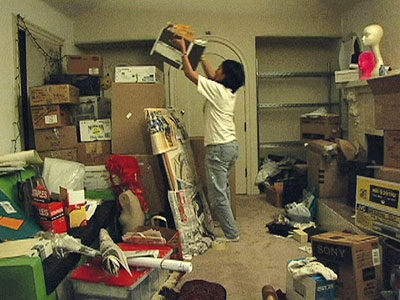 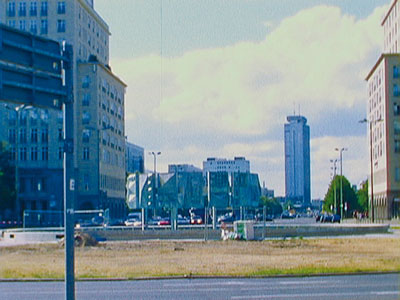 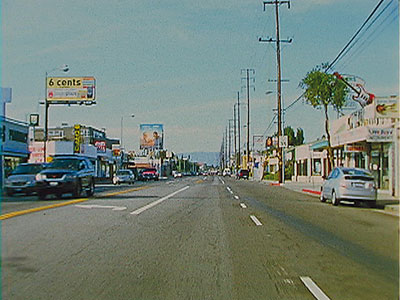 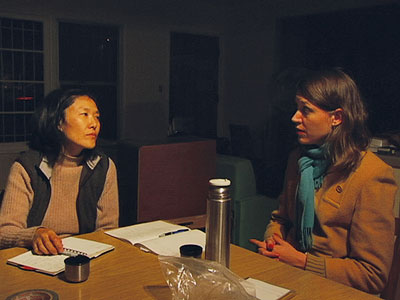 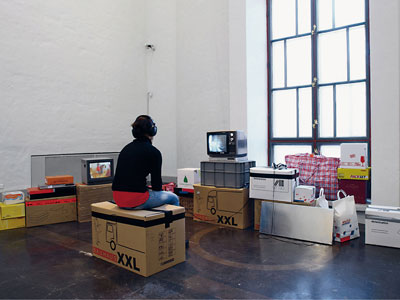 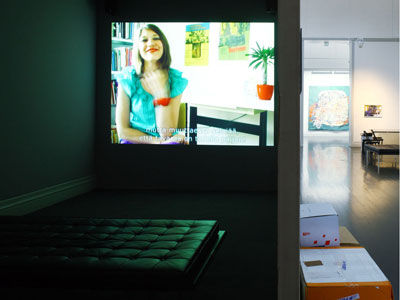 Trading Places consists of three videos reflecting on the nomadic life of the two artists / filmmakers. But not only do Laura Horelli and Ann Kaneko share their current situation of moving from one project to the next, surrounded by moving boxes, they also share memories of their families moving house. In some cases, such moves also forced them to adapt to entirely new situations. Each place poses new challenges, opens up new experiences, and generates new emotions. At the same time, it becomes a challenge to relate to places left behind, and “home” turns out to be a complex concept. Ann Kaneko, a third generation Japanese- American born in Los Angeles, recounts how she felt when she moved from a pre-dominantly black neighbourhood to a white suburb. Laura Horelli, though, falls silent when asked about how it was to move from Finland to Kenya and back again. Both artists use video and film to portray some of the houses they have lived in. In this way, they create points of reference similar to those family photographs showing them as children in different places. Ann Kaneko’s Spanish-style home in Hollywood becomes part of a surreal fiction, while Laura Horelli shows Karl-Marx-Allee in Berlin on Super 8 as if in an amateur travel-film.