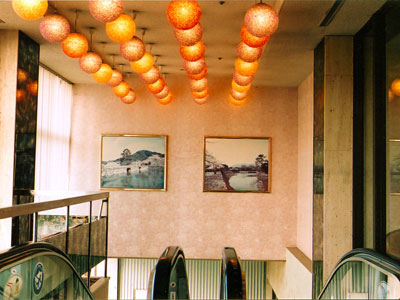 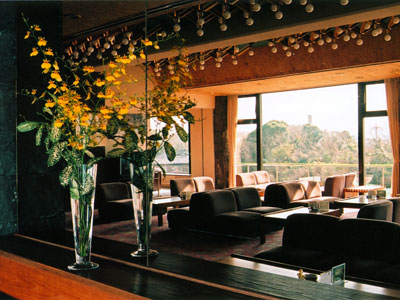 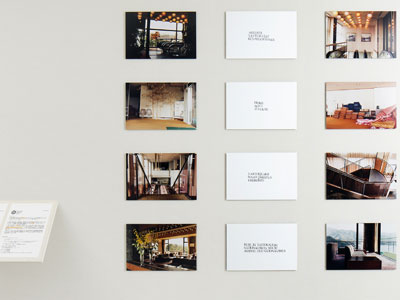 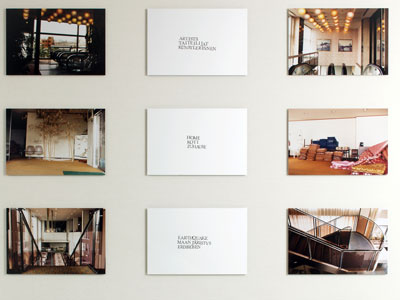 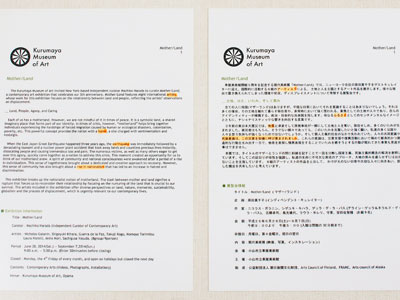 The piece is based on four words or terms picked from the exhibition text of Mother/Land: “artists”, “home”, “earthquake” and “rise in nationalism”. These words were hand-stamped in English, Finnish and German, which are the languages that the artist speaks. The words are displayed together with photographs which Horelli took of so-called Grand Hotels in southern Honshū, Japan, in 2005. The photographs show hotel interiors, in-between spaces such as lobbies, and corridors. Some of the hotels photographed were functioning, but others had been abandoned. These types of hotels were popular among Japanese companies in the 1980s and 1990s, but after the economic bubble burst they were no longer the busy places they once had been. The images of the hotel interiors reflect placelessness and the tendency we have to project earlier experiences into new/strange places.