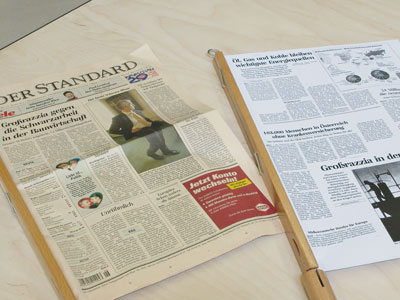 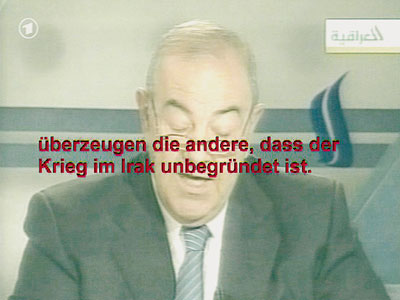 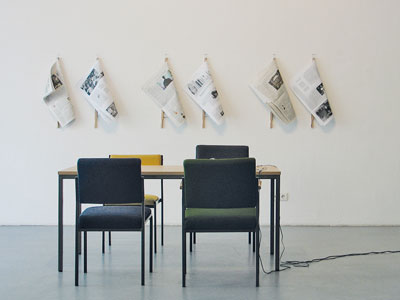 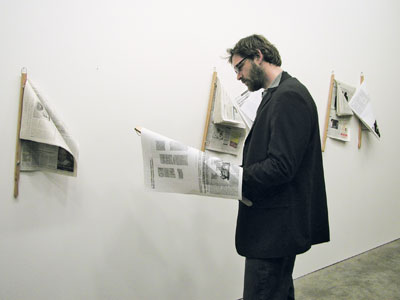 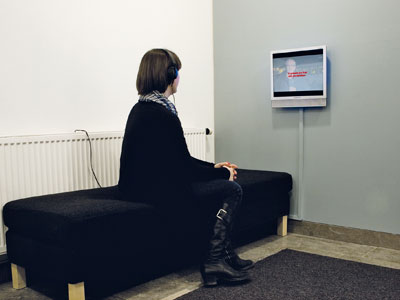 Reconfiguration of The Herald Tribune and 03.06.00 are presented together and both works address the subjectivity of news media. Since 2000, versions of these works have been remade in several places using newspapers and TV news from that location. Three or four days prior to an exhibition, Laura Horelli reads a daily paper, cuts out information that she finds relevant and constructs a new version of the newspaper. This new version is shown alongside the original. Concurrently, a TV news broadcast is recorded on one day. The soundtrack of the news is replaced by diary-like descriptions by three women of different ages and backgrounds living in the same city. The three seemingly private descriptions coincide at times with the public news broadcast.