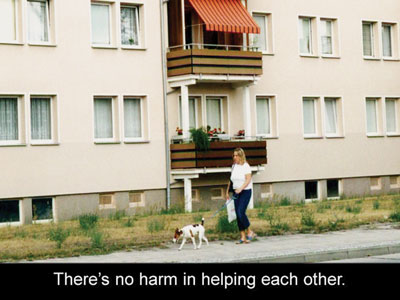 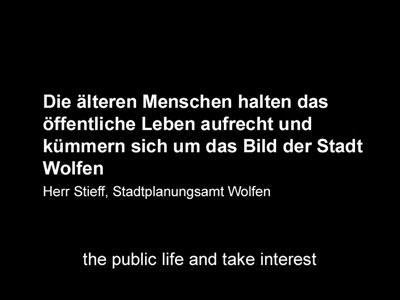 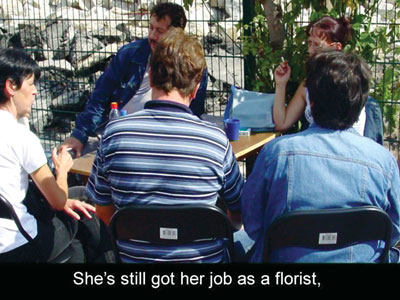 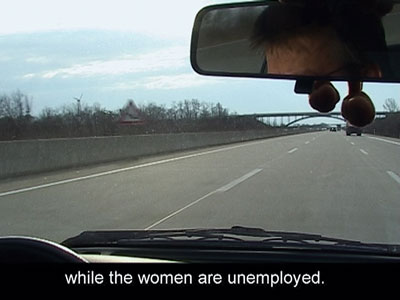 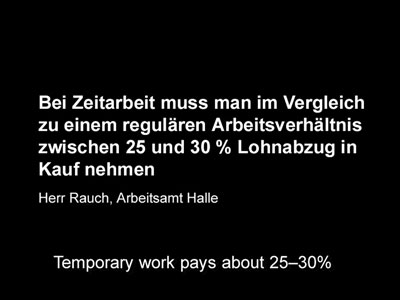 1. I’m staying here–I know my way around
2. I’d rather commute than go on welfare

The collaboration with anthropologist Kathrin Wildner takes two examples to illustrate the changes in the Wolfen-Nord neighbourhood of high-rise housing, part of a former East German industrial area. Pensioners are active in various associations in the neighbourhood, which has an aging population. Commuters travel every week to low-paid temporary jobs in the “West”, returning at the weekend to neighbourhoods which are now in the process of being demolished. The first video shows images of everyday life in Wolfen-Nord and focuses on the lives of the pensioners. In the second video, a commuter drives down a motorway. The soundtracks consist of interviews held with three pensioners and five commuters. The interviews are interrupted by quotes from city employees, city planners, newspapers, and social science studies addressing the changes facing the region. These quotes sometimes conflict with the information in the interviews, showing how different parties view the area.