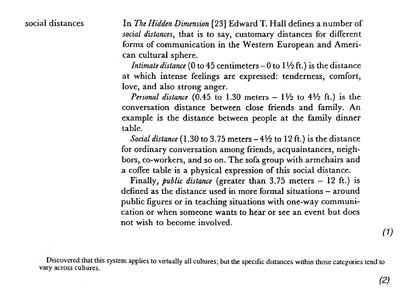 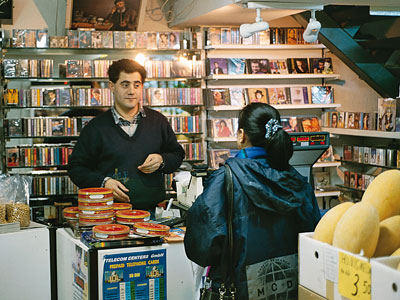 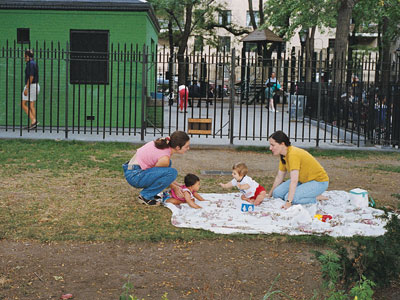 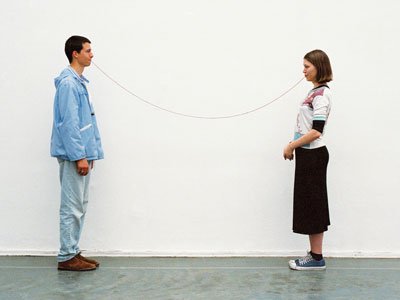 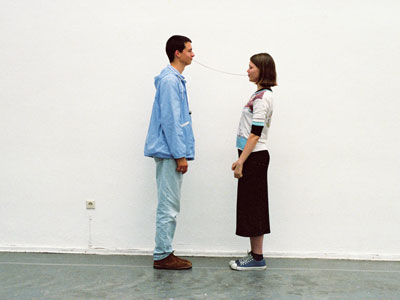 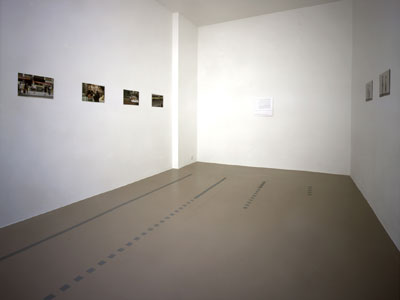 The work was inspired by anthropologist Edward T. Hall’s definition of social distance. The four levels of personal space—public, social, personal, and intimate distance—are physically marked on the floor by tape. Two series of four photographs each further interpret Hall’s definition. One is based on a teenage game where a girl and boy eat a liquorice lace. In each round of the game, they eat a little bit more of the lace. To start with, the participants are the public distance apart and in the end they kiss. The second series introduces everyday situations. Each photograph illustrates one level of personal space. Social Distances initially belonged to a series addressing how mobile phones have transformed public space, but it has been shown ever since as an independent work.

Thanks to: Simon Dorfman